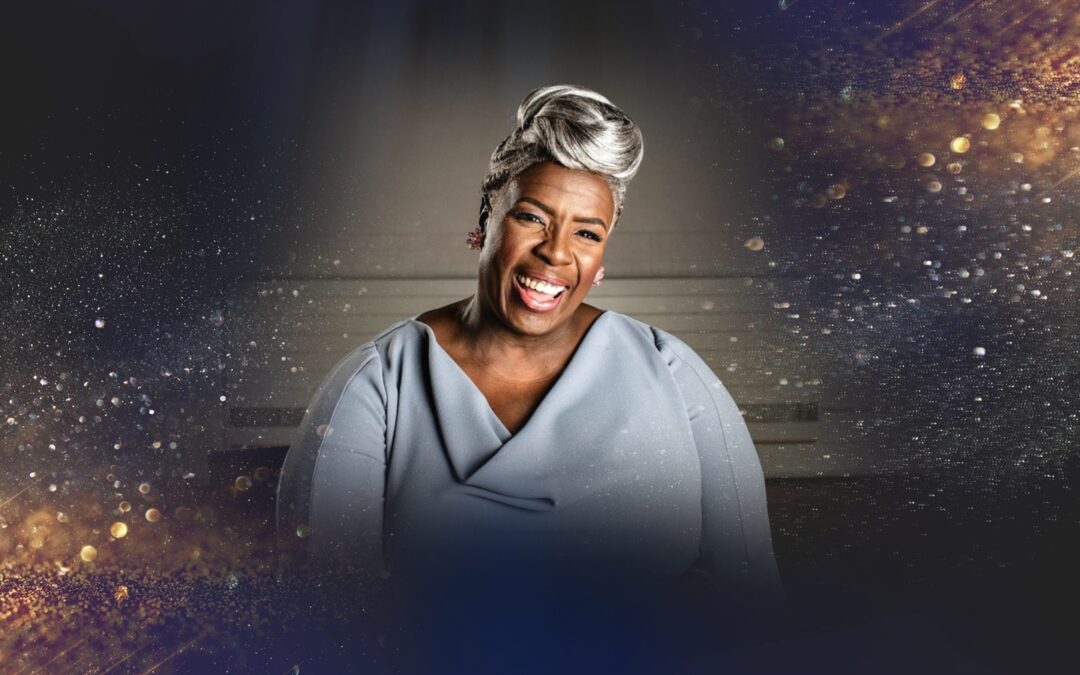 Karen Gibson MBE is an award-winning choir conductor and workshop leader with London’s The Kingdom Choir, which she founded. She has been involved with vocal groups and choirs for over 25 years, conducting gospel workshops across the UK, Europe, Nigeria, Japan, Zimbabwe, Rwanda and the USA. Known for the high quality of her work, Karen’s experience is extensive and she is a powerhouse of inspiration and energy. She has been instrumental in drawing together and conducting some of the most prestigious large-scale choirs for a variety of gospel and community initiatives. Karen has also run workshops for aspiring gospel conductors in the UK, Poland, Norway and Italy.

She has also successfully run gospel choirs in schools across London teaching singing and training future leaders. A recent review of Karen’s work states: “Karen Gibson knows how to bring the best out of people, to allow their latent talent to come alive and, most importantly, to create a synergy that ensures the music is tight, strong, and yet also borne on the wings of a poised ensemble.” Karen was appointed Member of the Order of the British Empire (MBE) in the 2020 Birthday Honours for services to music.

In 1979, Karen Gibson formed a classical instrumental wind quintet in her church called Windsong. Since then, dedication and perfection have been her trademark. By 1983 she had graduated to choral singing, together with an ability to read music. On the way, she was part of the groups New Dawn and Noel Robinson’s Psalms. Projects in the early 1990s took in radio, TV and live appearances in front of royalty and political leaders.

In 1996, after an invitation to lead a choral outfit on BBC Songs of Praise, the name Kingdom Choir came to her in a dream. In the years following, workshops and the Kingdom Choir brand development became the objective. One day Gibson received a surprised but confidential RSVP from Buckingham Palace and the rest is history!

On the 19th May 2018, an estimated 1.9 billion viewers from around the globe witnessed the wedding of Prince Harry and Meghan Markle. The ceremony followed the usual script but this time a drift from protocol factored in a Black Gospel Choir delivering a Ben E King Soul classic ‘Stand By Me’. Karen Gibson and The Kingdom Choir proudly took up their position and British Gospel was introduced to the world. A mainstream record deal followed, coupled with instant fame and the title of ‘Godmother of UK Gospel’ was bestowed on Karen by the national press.

It would have been so easy for an individual caught up in the trappings of fame to apply a scorched earth policy on the grassroots UK gospel scene. Gibson however remains rooted to her past and the Church of God of Prophecy prepared her to climb the steepest side of the mountain. Karen and choir, for those who are familiar with their journey, represent and embody hard work, discipline and hope.

Our royal silver-haired queen of British Gospel must be crowned and honoured with an award.